Some of the choices of network architecture can be obvious, but machine learning is an experimentation science. A network that was invented to process images can turn out to work well on texts too.

What are these networks and what kinds of data they are suited for?

Densely connected networks are made of stacks of layers from the input to the output.

The units (or neurons) of any layer in that type of network are connected to all other units of the next layer. This is why they are also called fully connected layers.

Densely connected layers are generally used for tabular data. Tabular data are these kinds of data that are in a tabular fashion. An example of tabular data is customer records: you have a column of names, roles, data joined, etc… 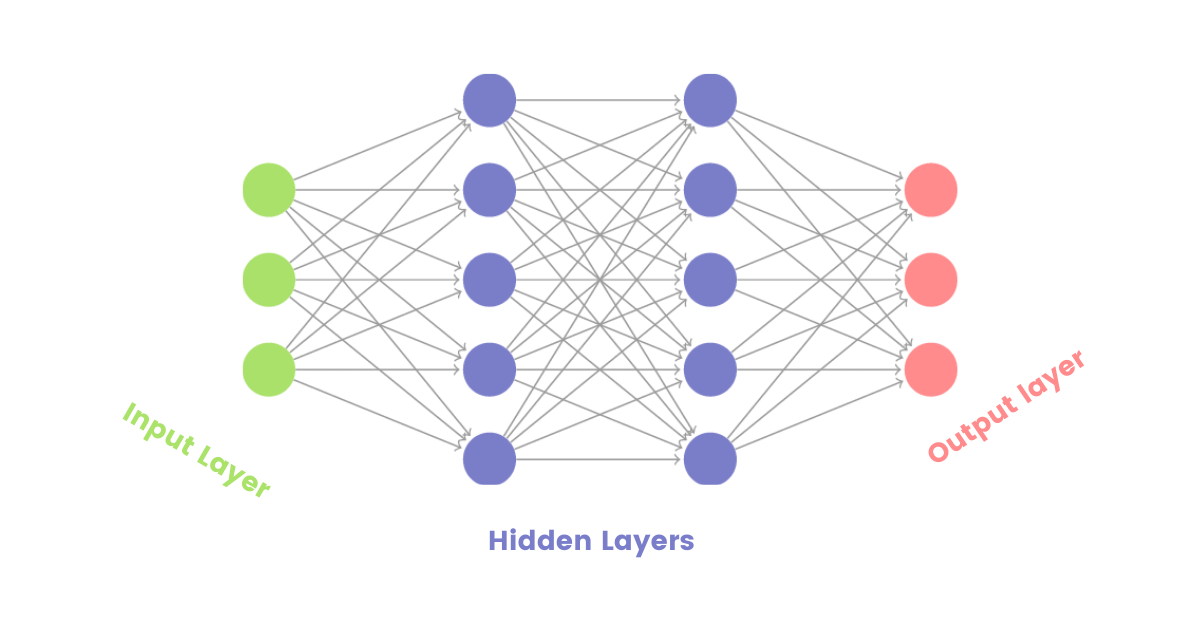 CNN’s, a.k.a Convnets are widely known as the go-to neural network architectures when it comes to processing images, but they can also be used in other data such as texts and time series. Convnets are of 3 dimensions. The most popular one is Conv2D that is used in images and videos divided into frames. Conv1D is used in sequential data such as texts, time series, and sounds. A popular sound architecture called WaveNet is made of 10 stacked 1D Convnets.

Conv3D is used in videos and volumetric images such as CT scans.

The standard feedforward network (or call them densely connected network) maps the input to output. RNNs go beyond that. They can maintain the recurrence of data at each time step. 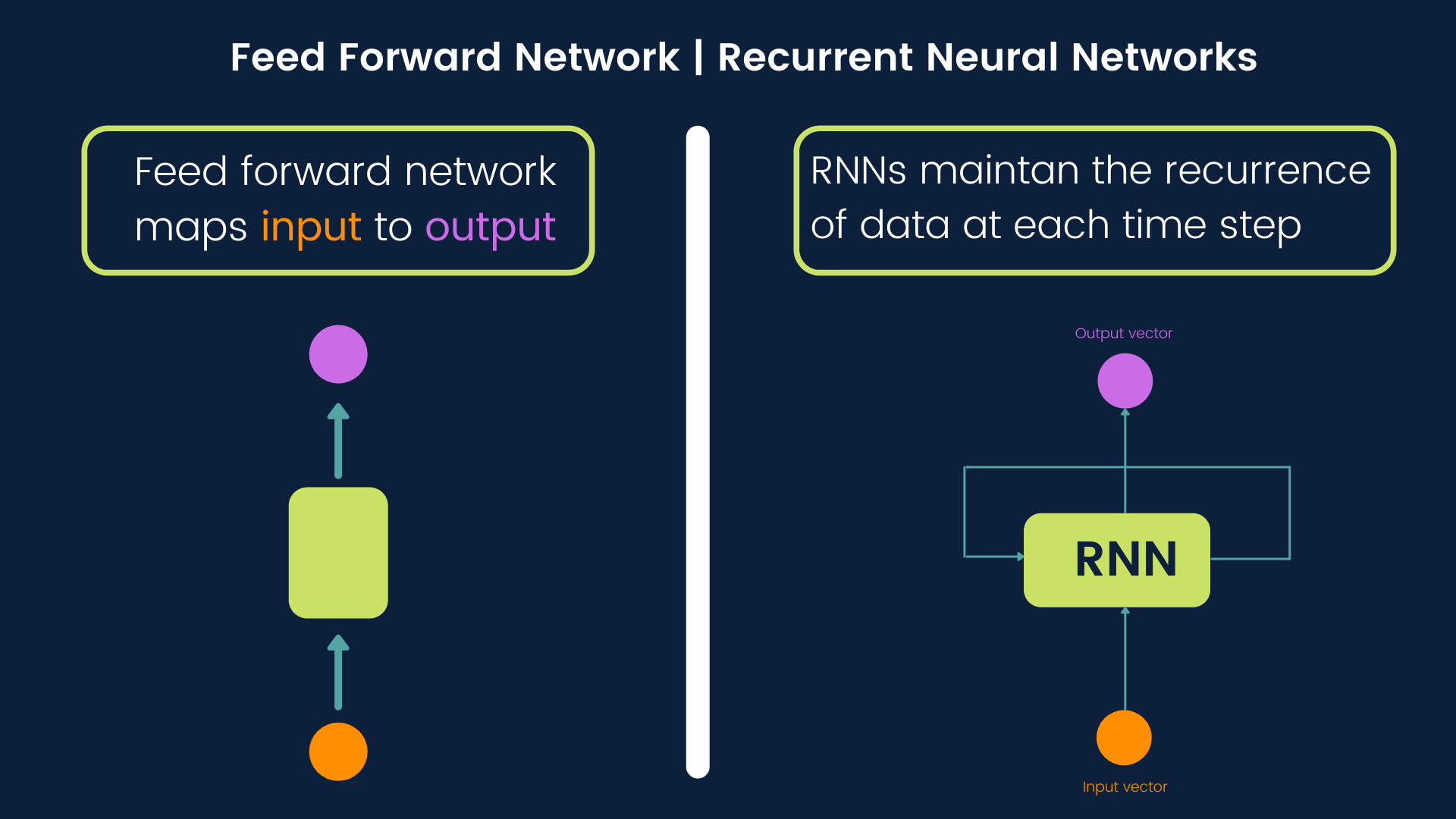 Due to their ability to preserve the recurrence of information, RNNs are commonly used in sequential data such as texts and time series.

The basic RNN cells are not efficient at handling large sequences due to a short memory problem. They also suffer from vanishing gradients.

The variant of RNNs that are able to handle long sequences is called Long Short Term Memory(LSTM). LSTM has also the ability to handle the sequences of variable lengths.

A special design difference about the LSTM cell is that it has a gate which is the basis of why it can control the flow of information over many time steps.

In short, LSTM uses gates to control the flow of information from the current time step to the next time step in the following 4 ways: 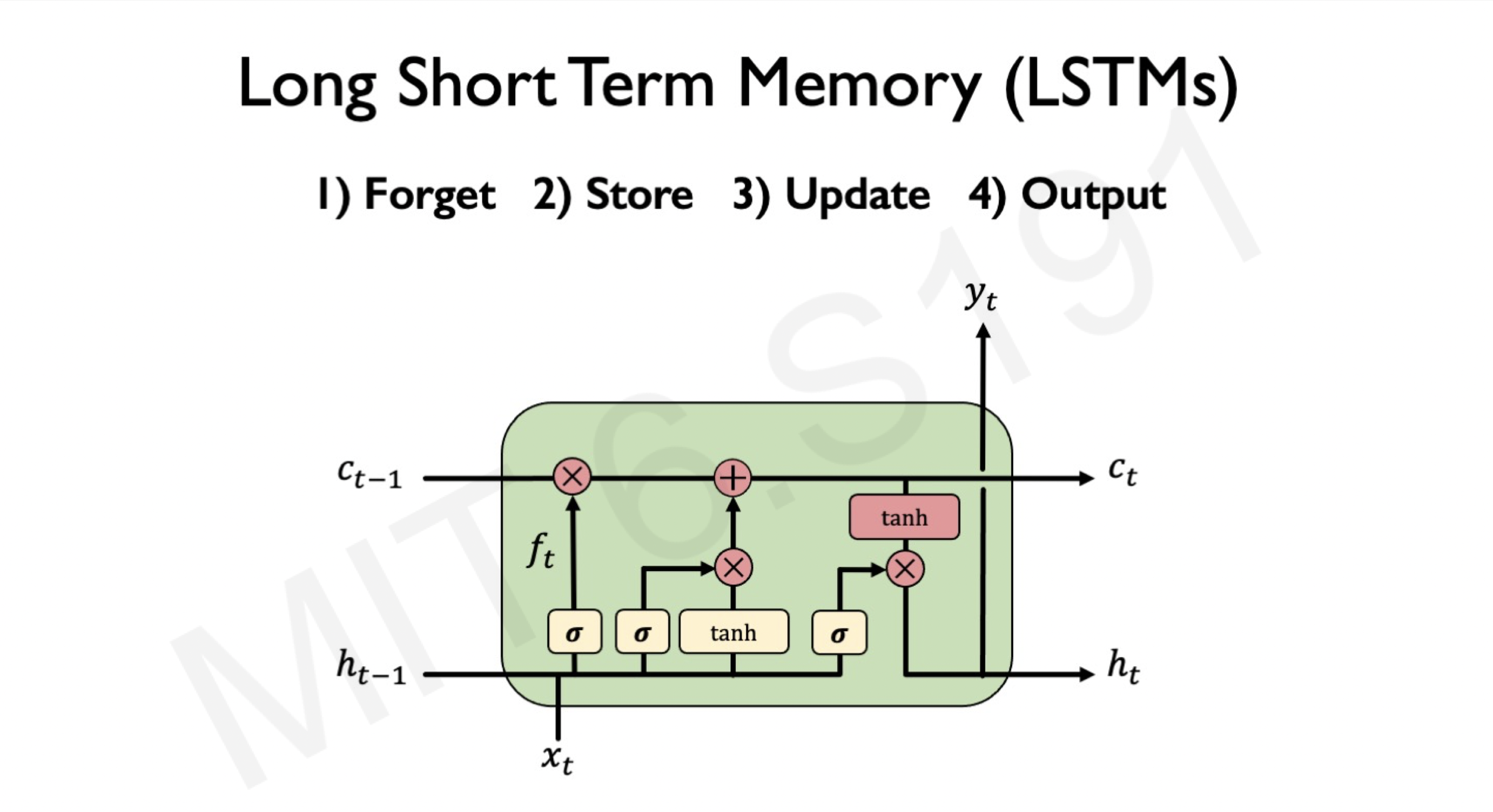 Another recurrent neural network that you will see is Gate Recurrent Unit(GRU). GRU is a simplified version of LSTMs, and it’s cheaper to train.

Although recurrent neural networks are still used for sequential modeling, they have short-term memory problems when used for long sequences, and they are computationally expensive. The RNN’s inability to handle long sequences and expensiveness are the two most motivations of transformers.

Transformers are one of the latest groundbreaking researches in the natural language community. They are sorely based on the attention mechanisms that learn the relationships between words of the sentence and pays attention to the relevant words.

One of the most notable things about transformers is that they don’t use any recurrent or convolutional layers. It’s just only attention mechanisms and other standard layers like embedding layer, dense layer, and normalization layers.

They are commonly used in language tasks such as text classification, question answering, and machine translation.

There have been researches that show that they can also be used for computer vision tasks, such as image classification, object detection, image segmentation, and image captioning with visual attention.

To learn more about the transformer, check out its awesome paper. 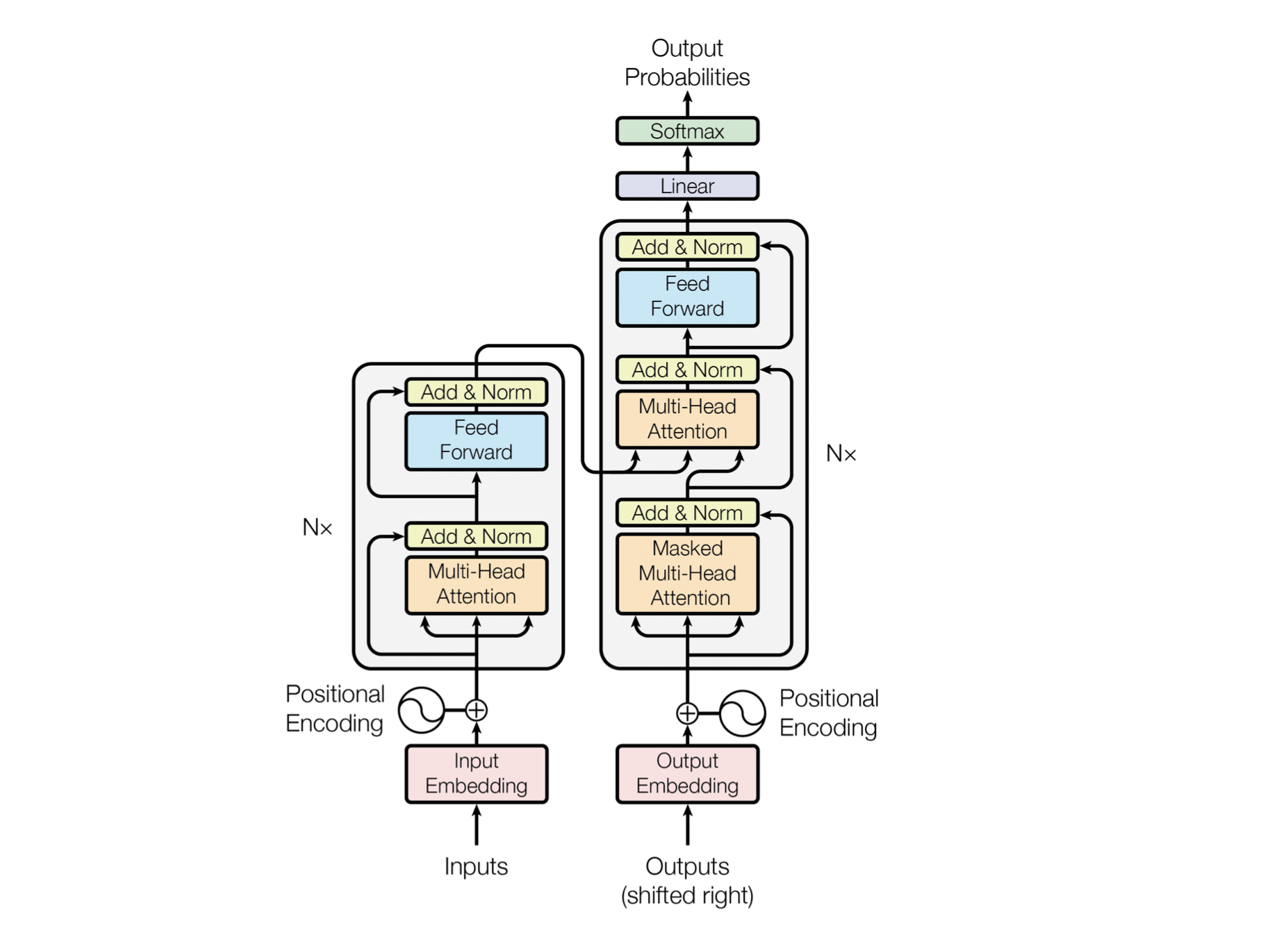 Image: Transformers architecture, Attention Is All You Need

This is the end of the article. We can summarize the neural networks architectures we discussed by their suites of data:

The machine learning community is so vibrant. It doesn’t take long for a promised technique to fade away, or overlooked techniques to emerge unknowingly. Just take an example of recent research that used Multi-Layer Perceptions(MLP-Mixer: An all-MLP Architecture for Vision) for computer vision claiming that Convnets and transformers are not necessary.

All that speaks to is that this field will keep evolving, and my hope is that you and I can do all we can to stay up to date without affecting our essential needs as humans.

Each week, with a probability of 80%, I write one article about machine learning techniques, ideas, or best practices.

If you found the article helpful, share it with anyone who you think would benefit from it, connect with me on Twitter, or join my newsletter.