The decade 2010s is inarguably the host of some of the most important breakthroughs in deep learning algorithms and applications. I think we can all agree on that!

What made those breakthroughs possible are the other good works that were invented many years before. Take a few examples:

Something that is well-known in science is that good works always take inspiration from other good works(or even better). So, the works listed above are not meant to be exhaustive. That said, let’s see 4 papers that I consider to be some of the most important papers that were ever published.

AlexNet is inarguably one of the most important papers that were ever published in deep learning and computer vision. It gave a practical proof that convolutional neural networks(ConvNets) work better for large scale image recognition. To day, AlexNet is not a state-of-the-art architecture, but it inspired efficient ConvNet architectures.

And guess what? What differentiated R-CNN from other traditional detectors is using pretrained AlexNet to extract features from region proposals. I think that again speaks to the influence of AlexNet that we discussed previously.

For a bit overview, R-CNN is two stage detector but in broad, it has has 3 main parts. The first part in R-CNN is selective search network that generate all possible regions that contain objects. The second part is a convolutional neural network(CNN) that extracts features(of fixed length) from each region. The CNN used in R-CNN was pre-trained AlexNet. Using a pretrained backbone network in object detection is a common and recommended thing but today. AlexNet is not used as backbone anymore. You will find most backbones being ResNet, ResNeXT and other better CNNs architectures. The third part is SVM classifier that runs on top of features extracted by CNN to identify the class of the regions and a bounding box linear regressor that predicts bounding boxes of the regions.

ResNet is inarguably one of the most influential architectures in the vision community and even beyond.

Before ResNet, it was hard to train extremely large networks(over 100 and 1000 layers), and almost nobody understood why. People thought that large networks overfit, but it was not actually the case.

ResNet influenced the design of neural network architectures, and not just only for vision but also for language architectures. After ResNet introduced and proved that residual connections help the large network to converge faster, most new ConvNet architectures had some residual components. Everything became ResNet++!1.

ResNet explored and answered a very important problem: is learning better networks as easy as stacking more layers?. I wrote more about that problem here.

It’s not even been longer than 5 years since Transformer was introduced, but it completely transformed NLP and no doubt it will also transform vision and make it easier to do tasks that involve both vision and language(multi-models).

For a bit overview, a Transformer is a class of neural network algorithms that is purely based on attention mechanisms. Transformer doesn’t use recurrent networks nor convolution. It is rather made of multi-head attentions, residual connections, layer normalization, fully connected layers, and positional encodings for preserving the order of sequence in data. 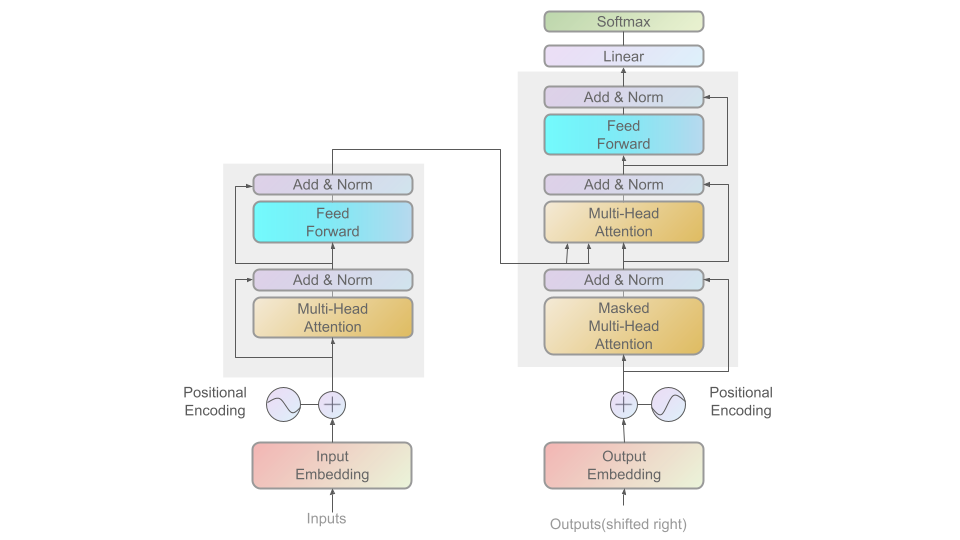 Attention image shown above was taken from ML-Visuals

As we are getting to the end of the post, let’s make an important note: those 4 papers are not obviously the only important papers that were published in the 2010s. What they did is starting/shaping the league. They inspired nearly all later efficient deep learning algorithms that are used today. Also, as some people replied on the post, we can’t dismiss other biggest inventions such as GANS, word2vec in NLP, etc…

For further learning, you can read the paper we discussed: